BHC Navigation Co., Ltd. was legally registered in Beijing in 2004 and headquartered at Zhongguancun。

Between 2004 and 2009, BHCnav inducted international GNSS brands and products into China and successfully built a big distributing network .

In June, 2009, BHCnav begin to develop its own brand and products. In October, 2010, BHCnav launched NAVA series handheld GPS on the market. In 2011, the GISA series GIS data controller was released . In 2012, Land Measurement GPS was released. In 2013, SPORTA bicycle GPS, In 2013, BHCnav industrial tablet PC... 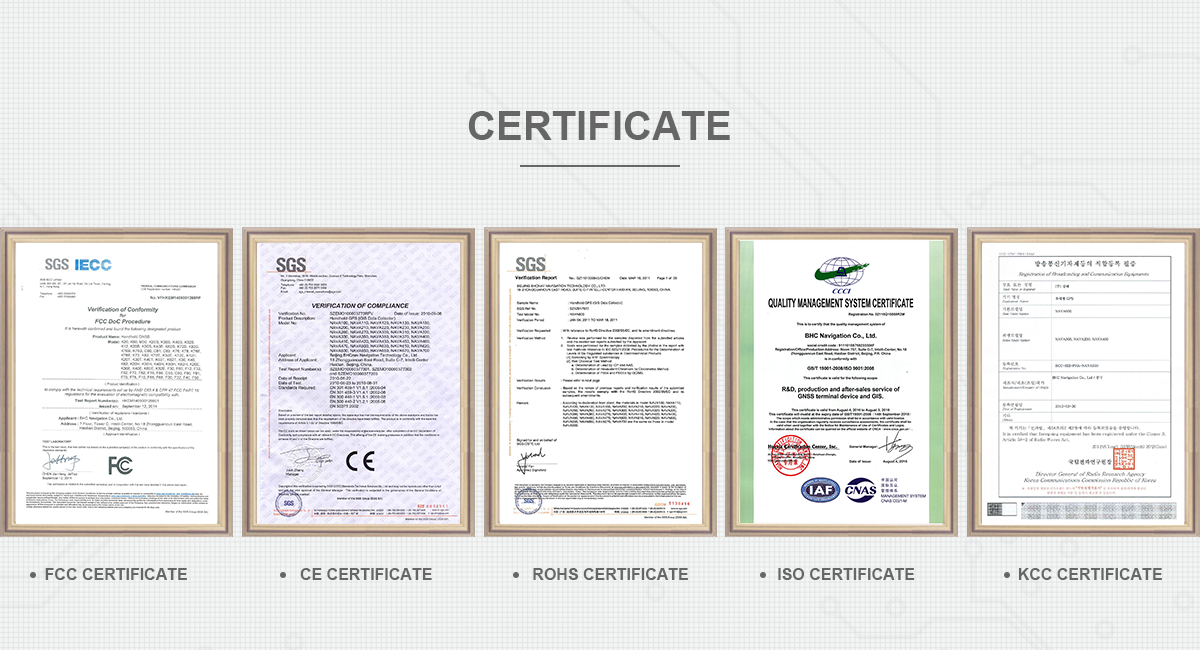 Messeage has been sent sucessfully.

Check your messeages on Messeage Center, the supplier willcontacts you soon.

Why choose us
BHCnav was founded in 2010,dedicated to promoting the development of satellited navigation industries and application. BHCnav has focused on the R&D, manufacturing and sales of handheld GPS products, professional GIS data collector for over 8 years. BHC Navigation Co., Ltd. (BHCnav: Best Handheld Creator in Navigation) was legally registered in Beijing in 2004 and headquartered at Zhongguancun, which is considered as the Chinese Silicon Valley. With the purpose to promote the development of China satellite positioning and navigation industry, BHCnav keeps focusing on the field of GNSS development and modernization.

Between 2004 and 2009, the company inducted international GNSS brands and products into China and allocate products to sub-distributors, successfully built a big distributing network all over China. With 5 years of marketing, BHCnav has set up 14 representative offices all over China. As continues accumulation of marketing experience, BHCnav clearly realized what kind of product market really needs and what benefit will brought to sub-distributors and end-users if we sell exactly what the market needs.

In June, 2009, BHCnav made the decision to develop its own brand and products. In October, 2010, BHCnav launched NAVA series handheld GPS on the market.
The next year (in July, 2011) the second product, the GISA series GIS data controller was released to the market.
One year later, 2012, Land Measurement GPS was released.
In 2013, SPORTA bicycle GPS
In 2013, BHCnav industrial tablet PC
As quick and success grew, BHCnav build up International Marketing Team in December, 2011, and starting distributing products to local distributors in different countries.

The NAVA holds more than 40% share of the handheld GPS market in China.
So far, BHCnav is the only company that has succeeded on every test of the National Navigation Device Quality Test Center, and owns all the certificates.
BHCnav remains at the cutting edge of innovation with outdoor entertainment GPS and upcoming products, as Bicycle GPS and wrist GPS.
Develop special products to meet different usage and requirement.
The company's products have sold to more than 55 countries all around the world and BHCnav is expanding its market year after year.

BHCnav is proud of its strongly experienced R&D team in the field of GNSS, which allows us to offer reliable solutions to our customers. Thanks to its excellent service, high-quality products and win-win cooperation business philosophy, BHCnav has become a leader in this field.

Our Mission
We provide the best navigation products and services to improve the work and life of our customers.

Our Vision
We will become a global leader in satellite navigation for outdoor and industry applications.

Our Strategy
We focus on demands of our customers and develop excellent products with best user experiences; we emphasize our capacity building and build a first class team; we are grounded on China and establish a global marketing network.